I mainly blog in Dutch, those blogs can be found here if you would like to translate them via Google Chrome. I do have some English publications aswell, on this page you will find my favorites. You can find my English articles in the following: 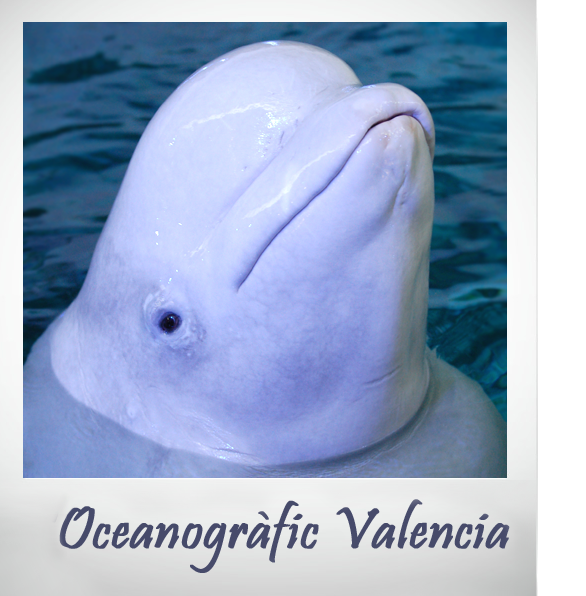 As you guys know I wrote an article in 2020 about the SEALIFE Trust Beluga Sanctuary in Iceland. I had hoped to have given you an update by now on how the animals were doing in their sanctuary, but in the end they moved to the outside sanctuary bay a week after my visit in 2020 and spend only a month there.. They currently have been living at their inside carepool for almost 2 years now. In my (re)search on belugas, other cetaceans and what the future might hold for them I came across Oceanogràfic in Valencia, Spain. The only other facility in Europe that currently keeps belugas. Like the facility in Iceland they keep 2 animals. They even had a beluga birth! The first successful beluga birth in Europe to be exact. My interest was sparked immediately in what the vision of  Oceanogràfic was regarding the keeping of belugas, enrichment, education, conservation and the future of this species in captivity. Questions I had already asked in Iceland. Thanks to covid it took a while, but I finally managed to answer these questions! I travelled to Oceanogràfic, went behind the scenes, had an interview and took many pictures. My finding I wrote in this article. Read More 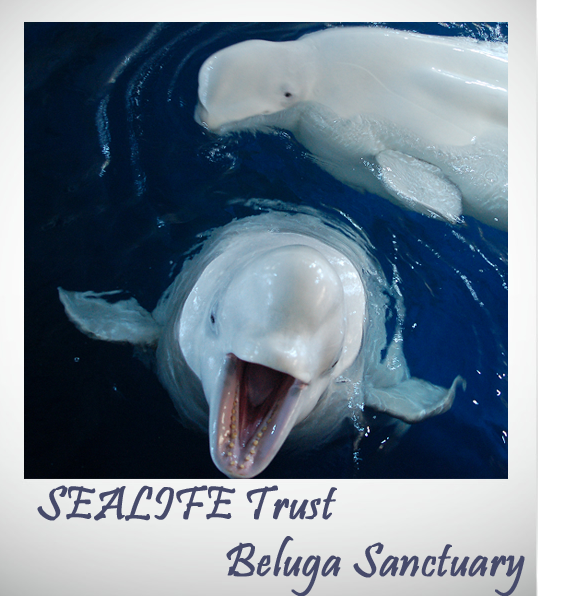 The alternative for dolphinaria and dolphin shows; a sanctuary. Especially in the last decade this concept has been mentioned many times in the discussion about cetacean captivity, mostly by animal activists.  In the broadest sense of the concept a Sanctuary should be a more natural environment that will serve as a refuge for former captive marine mammals. With the focus being mainly on animals who were used in shows and presentations. Although this concept has been mentioned for many years now, nobody made an actual professional attempt so far, that is until last year when SEALIFE Trust moved two beluga whales from a Chinese marine park to Iceland to prepare them for their new life in the first ever beluga sanctuary. Their sanctuary being Klettsvík bay, the same bay where the infamous orca "Keiko" from the "Free Willy" franchise was housed. Remarkable is that this project was not initiated by an animal activist organisation, but by Merlin Entertainments, a major player in the themepark and aquarium industry. Not many people were happy with this concept!  Since I am a supporter of conducting your own research and going to see things for yourself to make a judgement, I visited the animals right before their move, when they were still in their 'care pool' to learn more about this project. My findings and observations are in this article. Read More 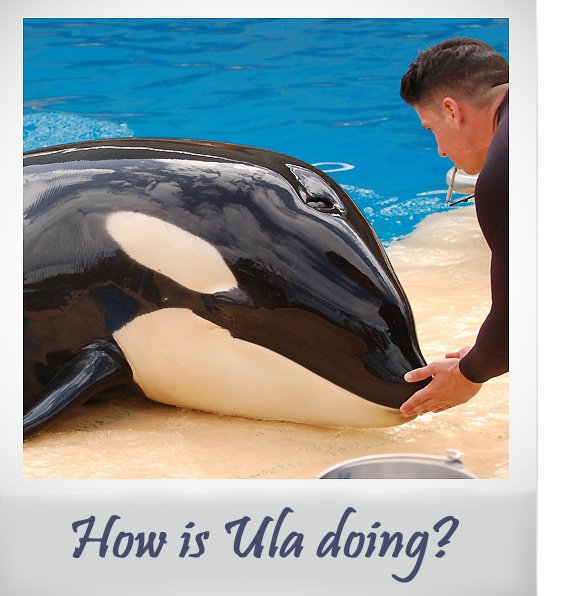 Ula is 1,5 years old already! Ula is the daughter of Morgan, an orca who was found weakened and emaciated in 2010 at the Dutch Wadden Sea. Morgan was rescued and rehabilitated by Dolfinarium Harderwijk, the country's local dolphinarium. Several experts decided she was not fit for release back into the wild. This sparked a lot of commotion and controversy. Meanwhile Morgan has been living at her new and permanent rehabilitation location, Loro Parque,  for almost 10 years now. For years I have been visiting her and now her daughther as well, to see how she is doing. Before just as a visitor, but now also professionaly and on invitation of the park to write the articles I publish on several platforms. Morgan's daughter Ula is growing very rapidly and her development is amazing. What has changed since my visit last year? How is Ula's health, training and character? I will  go in depth about her progress so far! Read More 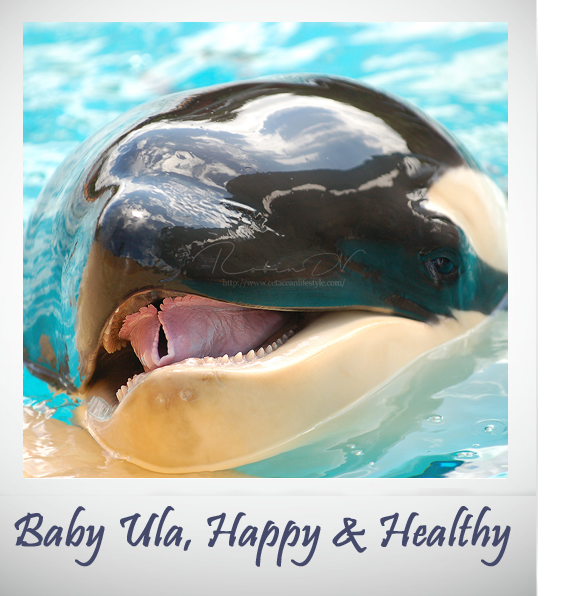 Ula is a female killer whale or orca, located at Loro Parque Tenerife located at the Canary Islands. She was born on September 22, 2018  to the orca named Morgan who is pretty well-known and sparked a lot of controversy around the globe, as did Ula’s birth. Especially after Ula and Morgan had to be shortly separated, animal activists continue to attack Loro Parque and make claims that Ula and Morgan are being mistreated. It went as far as them editing photo's to prove their point. I visited Ula multiple times already and today I will use my photo's, findings and an interview to show you all that Ula is in fact healthy and doing absolutely fine! Read more 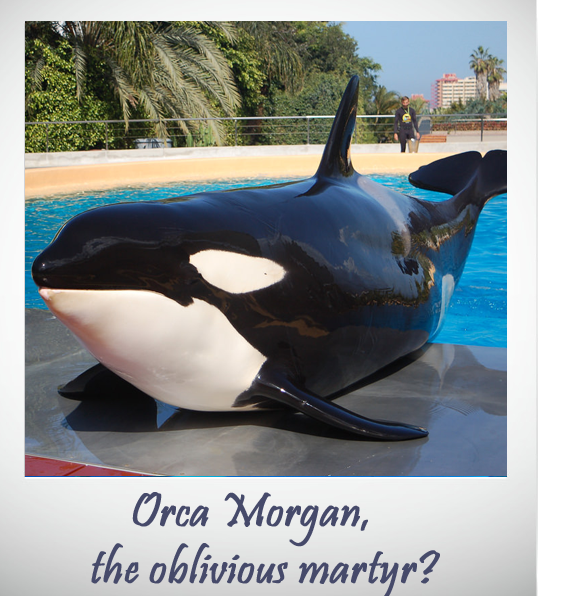 On December 3, 2017 it was publicly announced that Morgan is pregnant.  Dr. Jorge Soares, veterinary director of Loro Parque confirmed this official statement. This again caused a lot of controversy and fuss coming from all kinds of  parties. Especially among the animal rights groups and animal activists. Through the years they have continuously made claims that Morgan has health problems, is attacked by the other orcas and is abused at Loro Parque. The park has always stated these claims are absolutely false. I visited Morgan, both as a visitor and behind the scenes and subjected her caretakers to an interview. Curious about the result?? Read More

Morgan is a female orca (Orcinus orca) that currently lives at the zoological facility called Loro Parque, located at Tenerife (one of the Spanish Canary Islands). She was rescued on June 23, 2010 by Dolfinarium Harderwijk in the Netherlands after she was found alone and emaciated. Attempts were made to locate her exact family group. Sadly this did not give any concrete results. The next step was to find a new home for her where she could live in permanent rehabilitation with others of her kind. The intention to keep Morgan in captivity was not well received by animal right groups and activists. In fact, there were many negative reactions worldwide on the fact that Morgan was not be released back to the wild. Even today, it is a sensitive subject to many. What exactly happened with Morgan and what is the complete story? Is this still going on? Read an introduction to Morgan's story here: Read More 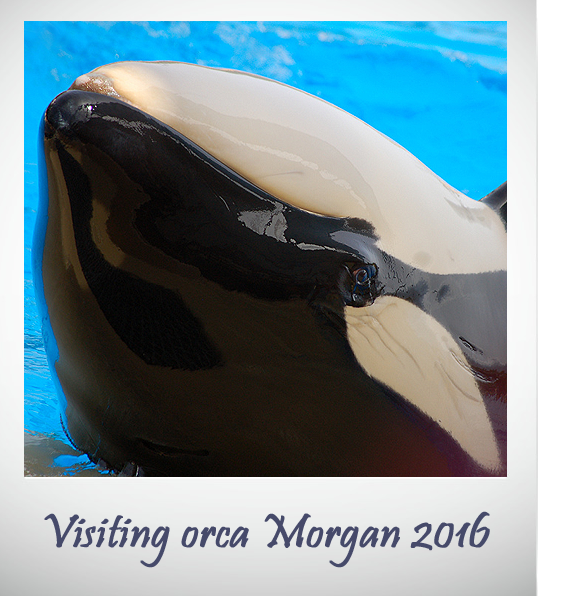 Recently some videos of Morgan have appeared on the internet. According to animal activists these are proof that she is not doing well at all. They even claim she is attempting suicide! This is part of a squabble between the animal park she now resides (which is Loro Parque in Tenerife) and the animal activist groups which has been going on for years now. In fact, ever since Morgan was rescued from the Dutch Wadden Sea. In Juli I travelled to Tenerife for Dolfinariumweb. During the course of a few days I observed Morgan to have a first hand impression of how she is doing. I evenhad the opportunity to go behind the scenes and observe here there. I wrote down my findings in this blog.  Read More